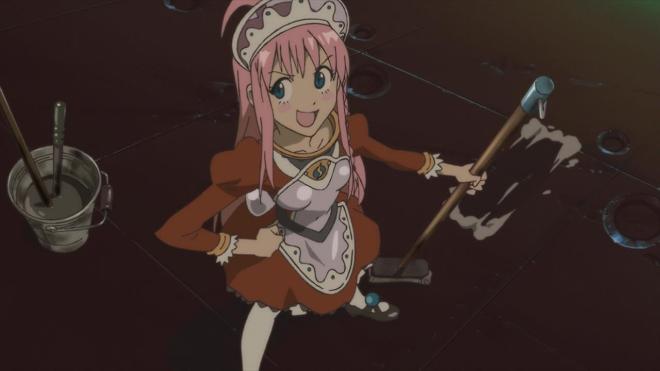 I absolutely cannot believe I waited this long to watch Diebuster.  I have never been more annoyed with past-me accepting the views of other critics as gospel truth, regardless of how “big time” the critic or how vehemently expressed the opinion.  In many ways, this notion of freeing myself from previously held biases and expectations has been the story of my fandom in 2015.  It was a year of trying things I’d been led to believe were not good and…and actually liking them.  By the middle of the year, I was re-evaluating a lot of my previously adopted standards and filters.

BUT…that doesn’t have much to do with the anime at hand.

So, I did a kinda scattershot podcast about Diebuster in late November.  I shared a lot of my opinions about the series there, but I didn’t exhaust my thoughts on it by any means.  So, I’m going to briefly discuss one of the coolest aspects of a show with tons of coolest aspects, namely its ability to be read as two separate stories.

END_OF_DOCUMENT_TOKEN_TO_BE_REPLACED

Twelve Days of Anime 2015 Part 9: The Two Stories of Diebuster

Did I say it was my final appearance on Josh Dunham‘s  Senpai Coast To Coast podcast?  Well, I am quickly proven a liar because I’m on THE VERY NEXT EPISODE.  It’s November, so we are talking robots.  In Part 1, internet cool dude David Majors talks to Josh about Rah Xephon, and, in Part 2, I attempt to sell the world on Diebuster.

No show notes this time, as my part isn’t a full length episode.  If you have any questions or corrections, hit me up on Twitter, ask.fm or the comments below.